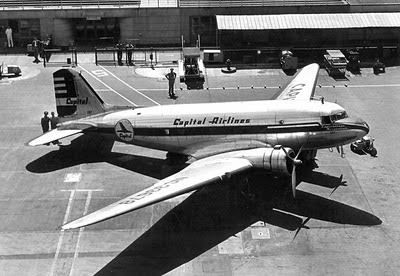 On a foggy evening in 1949, a Capital Airlines DC-3 crashed in the Potomac River as it attempted to land at National Airport from the north. Four people died, including the pilot and co-pilot of Flight 500. Sixteen others survived the Dec. 12 crash. Firefighters on the Virginia side of the river could hear their calls for help. Boats from Bolling Air Force Base in Washington located the wreckage and rescued the victims. The Civil Aeronautics Board concluded "the probable cause of this accident was the stalling of the aircraft."
Posted by ARLINGTON FIRE JOURNAL at Friday, December 17, 2010 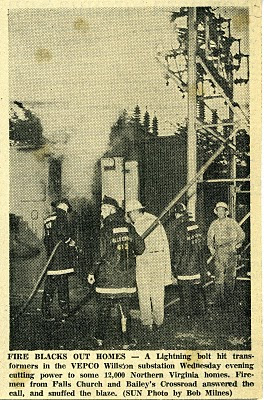 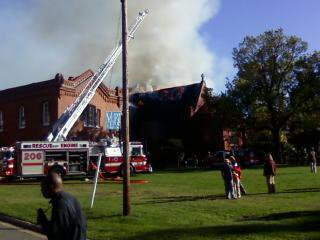 On Oct. 22, 2010, Arlington County sent mutual aid to a two-alarm fire that destroyed the chapel at the Virginia Theological Seminary in the City of Alexandria.

The chapel was built in 1881 and used for daily worship. The cause of the fire was ruled accidental. There were no injuries.

“Because of the safe and effective firefighting operations by Alexandria and our partner jurisdictions, we were able to save the adjacent historic structures as well as a number of irreplaceable religious artifacts,” said Adam Thiel, chief of the Alexandria Fire Department, in a press release.

The initial alarm was received at 3:49 p.m.
Posted by ARLINGTON FIRE JOURNAL at Monday, November 15, 2010 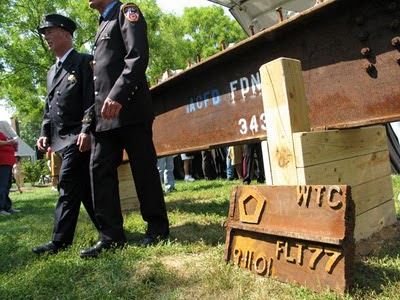 Photo: ARL Now web site
On Aug. 29, 2010, the New York City Fire Department presented the Arlington County Fire Department with a steel girder from the ruins of the World Trade Center to commemorate the attack on the Pentagon on Sept. 11, 2001. The ceremony was held at Fire Station No. 5 in Crystal City, the nearest county fire station to the Pentagon.
Posted by ARLINGTON FIRE JOURNAL at Tuesday, October 12, 2010 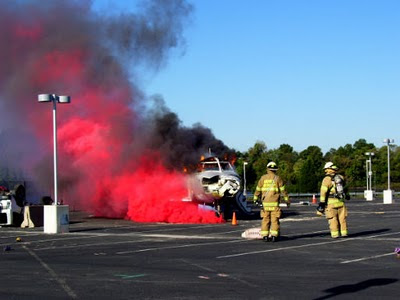 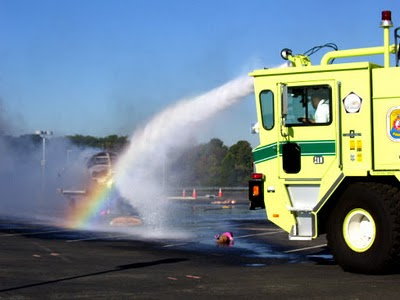 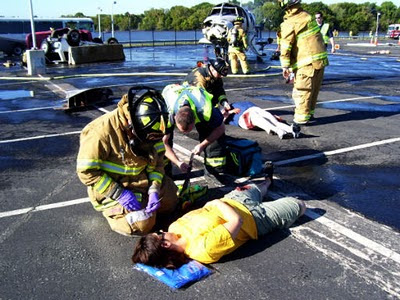 Photos: WTOP
On Sept. 18, 2010, firefighters from across the Washington region participated in an emergency exercise at Washington National Airport.
Posted by ARLINGTON FIRE JOURNAL at Tuesday, October 12, 2010 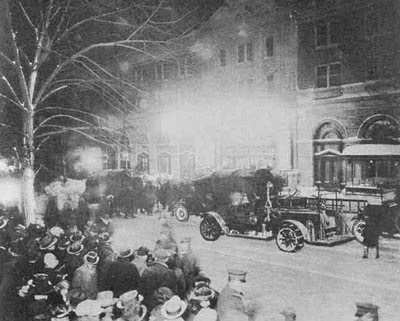 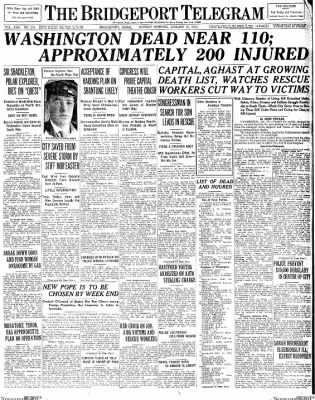 Under the weight of snow from a blizzard, the roof of the Knickerbocker Theatre in Washington collapsed on Jan. 28, 1922 - killing 98 people.

More than 100 others were injured at the building at 18th Street and Columbia Road in the Adams Morgan section of the city.

A dispatch published in The Bridgeport Telegram, a newspaper in Connecticut, reported:

"Firemen worked all night with their picks and shovels. Despairingly they endeavored to remove the concrete of the inner shell of the ceiling roof and walls that had crumbled so suddenly beneath the thousands of pounds of the snow that buried the streets and roofs of the city.

"Soldiers from Fort Myers were detailed with [illegible] torches to cut through the twisted mass of steel and aid in the rescue.
"Inside the buckles walls of the theatre, the early arriving rescuers reported that they were unable to see a single member of the audience when work began. The ceiling had literally engulfed the crowd, variously estimated at between 800 and 1,500 persons.

"The widespread balcony, extending over nearly half of the lower floor of the ill-fated auditorium was sheared away as though by the scythe of death.

"Those who were seated in the balcony were partly protected by the fact that the debris was most under them rather than over them. Peculiarly enough, although the walls are bulged outward, not a window was broken in the theatre.

"The blanket of tragedy, white with the heaviest snowfall in the city’s record since the late ‘60’s, had all fallen straight down.
"Bassett Prudigan, a volunteer rescue worker, late this afternoon uncovered a man who sat bolt upright in his seat. The debris had formed an arch over him. There were no marks on this man to indicate injury. He was dead. His eyes were open.

"His whole appearance was indicative of the fact that he had been gazing at the picture that began the performance and that the shock had killed him."

"Among the leaders in the work of rescue amid the ruins of the Knickerbocker theatre throughout the night was Representative Alben W. Barkley, Democrat, of the first Kentucky district.

"Those about him, striving frantically to dig through tons of re-enforced concrete, broken steel girders and piles of snow, while piteous cries and shrieks for help came from those pinned beneath the debris, saw in their tall, heavy-set co-worker only a calm deliberate fearless leader.
"They knew not that down in his heart he strove to keep back a conviction born of fear that the next body reached every time would be that of his own fifteen-year-old son, Murrell.
"In the street outside, hysterical, praying, Mrs. Barkley waited – with what emotions only a mother can understand.
"Young Murrell had left for the theatre only half an hour before the roof caved in."
Posted by ARLINGTON FIRE JOURNAL at Wednesday, July 07, 2010 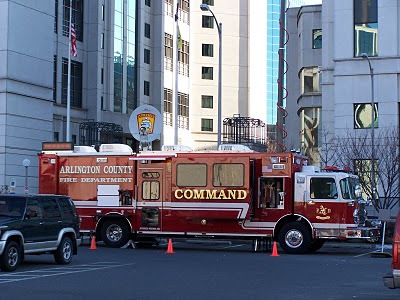 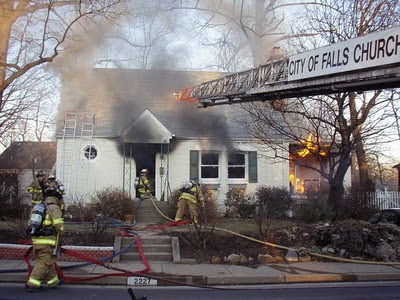 On April 24, 2010, the Arlington County Board voted to restore $1.5 million to the county budget - allowing the fire department to continue to operate two heavy rescue companies, according to The Washington Post. 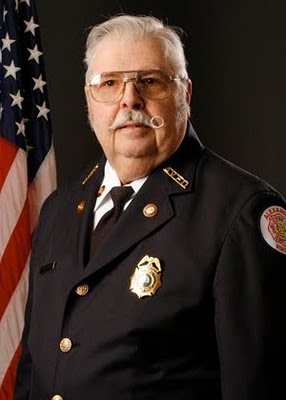 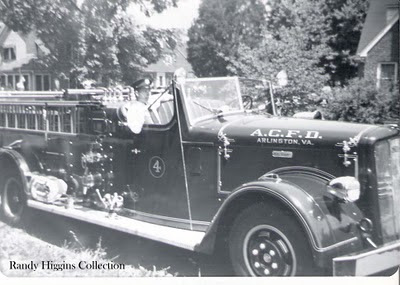 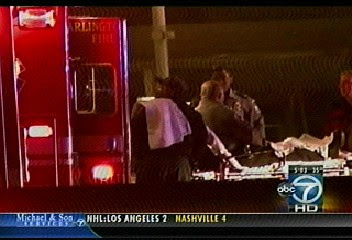 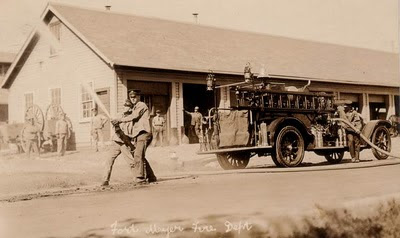 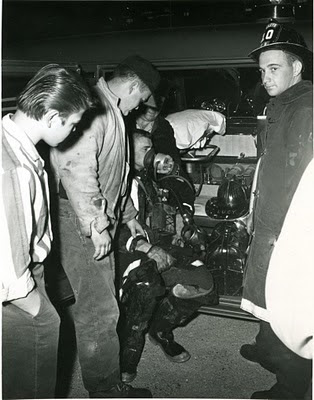 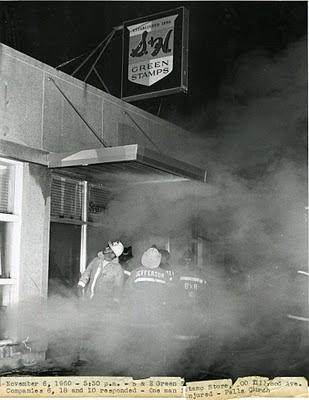 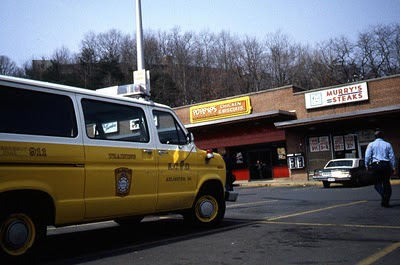 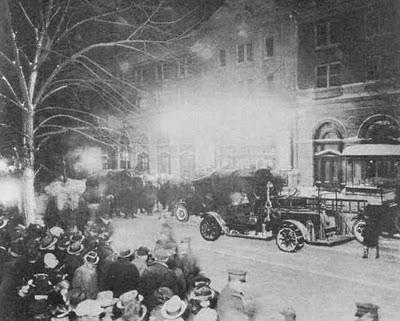 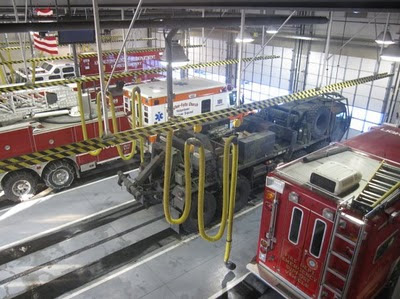 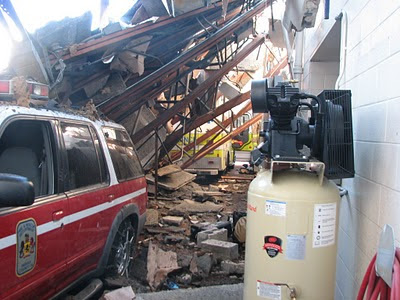 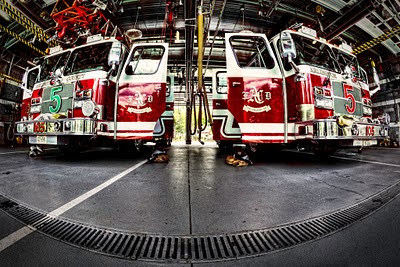 Photo: Photography on the Net
Truck 105 and Engine 105 at Crystal City, Virginia 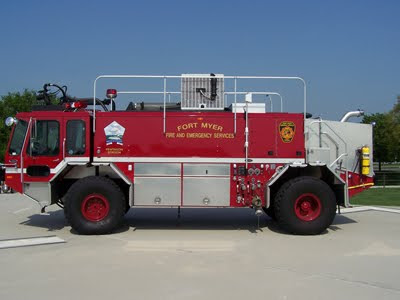 Photo: IAFF Local F-253
Foam 161 of the Fort Myer Fire Department is a 2001 E-ONE TITAN. It replaced the foam wagon destroyed at the Pentagon attack on Sept. 11, 2001. Foam 161 is assigned to cover the Pentagon fire station. 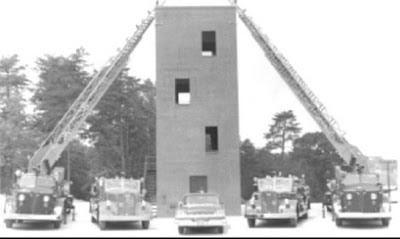 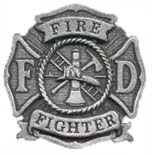 Operations Chief Scott McKay, a veteran of the Pentagon attack on Sept. 11, 2001 who also led a team of firefighters during the Hurricane Katrina recovery along the Gulf Coast, retired in January 2009. In his farewell message, he wrote: "I wanted to express my gratitude and admiration to all of you. Working alongside some of the finest people I have ever met, this has been one hell of a ride. This fire department has come a long way since I joined in 1980. The level of professionalism at all levels of the organization is what makes this a great place to work."
Posted by ARLINGTON FIRE JOURNAL at Tuesday, January 19, 2010