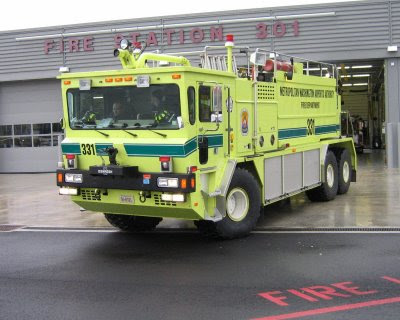 On Nov. 10, 2008, President-Elect Barack Obama paid a mysterious visit to Fire Station No. 301 at Reagan National Airport in Arlington after calling on President Bush at the White House.

It later emerged Obama was at the airport authority's firehouse for a secret meeting with Defense Secretary Robert M. Gates, who agreed to remain as defense secretary in Obama's cabinet.

``They pulled the trucks out so that our cars could go in,'' said Gates, quoted by the Los Angeles Times. The Pentagon, like the airport, is located in Arlington County.

According to ABC News:

``Outside of Fire Station 301, there were numerous Secret Service agents, and when Obama returned about an hour later to board his American Airlines jet bound for Chicago, whoever had been meeting with him slipped out a back gate. Now we know.''

Or as CNN noted:

``Washington is full of seemingly obscure places where history is made. Deep Throat's parking garage, the balcony at Ford's Theater. Now you can add the fire station at Reagan National Airport.''
Posted by ARLINGTON FIRE JOURNAL at Wednesday, December 03, 2008