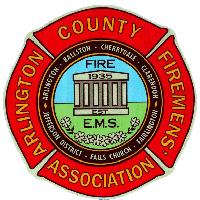 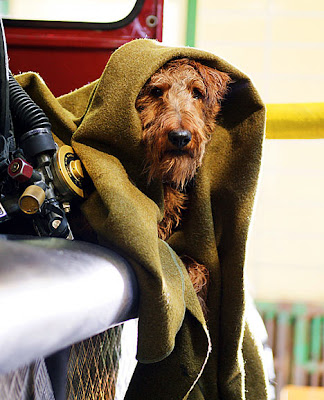 Many years ago, Murph - "The Fire Engine Dog" - resided at Old Station No. 2 in Ballston, and we are told that when the bells went off, Murph was the first one to hop on the wagon - even before the firemen.

After one fire call, Murph climbed on the wrong engine and went back to another firehouse. The firemen at the other station knew him, though, and phoned No. 2. ``We have Murph. Come and get him," they said.

There are no active canines in Arlington County firehouses as of this writing.
Posted by ARLINGTON FIRE JOURNAL at Monday, January 14, 2008 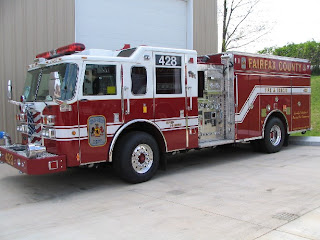 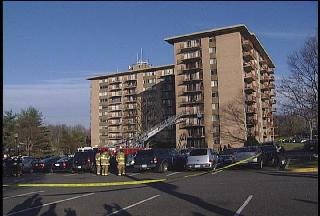 A three-alarm fire erupted in a 12-story apartment building in Seven Corners on Jan. 12, 2008. More than 100 Fairfax County and Arlington County firefighters raced to the blaze triggered by a natural gas explosion. The alarm went out as a seemingly routine medical local for Engine 428.

According to The Washington Post: ``The initial call came in at 7:52 a.m. as a suicide attempt at the Cavalier Club Apartment on Wilson Boulevard. But when rescuers arrived, they found a natural gas leak that led to an explosion in a second floor apartment.''

The Fairfax County Fire Department said in a press release: "Firefighters encountered heavy smoke and fire in Apartment 211 (and) brought the fire under control in approximately 15 minutes."

Mark Williams, 39, a resident who suffered severe burns, died at the Washington Burn Center on Jan. 13. Five people, including three police officers who assisted with the rescue, were treated for smoke inhalation.