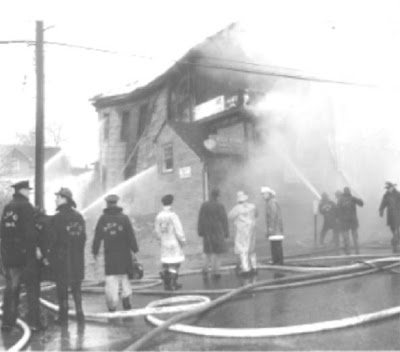 On Feb. 26, 1954, diners abandoned their bacon and eggs just before a natural gas leak triggered an explosion and fire at a Cherrydale restaurant.

A plumber raised a ladder to a second floor apartment, allowing two men and a woman to escape, according to a service station attendant who witnessed the explosion.

Posted by ARLINGTON FIRE JOURNAL at Wednesday, May 28, 2008