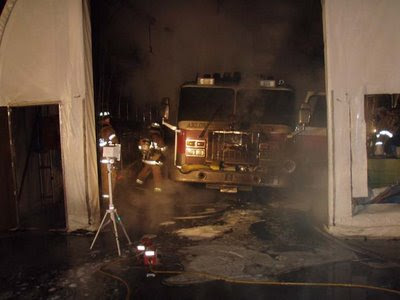 Photo: www.acfd3.com
On Jan. 16, 2009, a fire destroyed a reserve pumper housed at "The Hut" at the Arlington County Fire Training Academy on South Taylor Street.
Posted by ARLINGTON FIRE JOURNAL at Wednesday, January 21, 2009 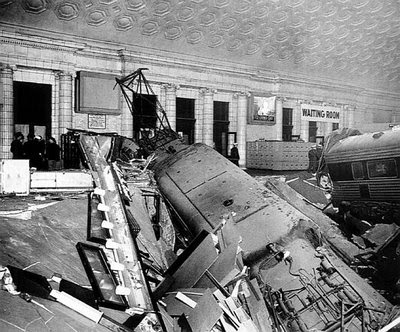 Arlington County firefighters were on the scene in the nation’s capital on Jan 15, 1953 – Black Thursday – as the D.C. Fire Department contended with almost simultaneous disasters – a runaway locomotive that plowed into the concourse of Union Station, and an explosion that leveled the Standard Tire and Battery Store.
Train No. 173, the Pennsylvania Railroad's Federal Express, was carrying passengers to Washington for the inauguration of President Dwight Eisenhower. The engineer attempted to slow the train, which had been traveling at about 80 mph, two miles from the station, but the primary as well as the emergency brake failed, according to to the website steamlocomotive.com.The engineer stayed at the controls sounded his horn as a warning. The operator at the tower at Union Station heard to horn blasts and told the stationmaster to evacuate the station. Minutes later, the ``GG1'' electric locomotive and two cars crashed through a stop block and a wall, slid across the concourse and plunged into a basement baggage room. Eighty-seven people were injured in the accident.``With the inauguration just days away and with thousands of visitors scheduled to arrive, the station had to be repaired quickly,'' according to steamlocomotive.com ``By 7 AM the next day, the cars, which had fallen through the floor, had been removed. The GG1 was left in the baggage room, a temporary floor was built over the locomotive, and the station was opened just three days after the accident.''At the battery store, a minor fire triggered an explosion that injured more than 40 D.C. firefighters, including Fire Chief Millard Sutton, who fell through the floor into the basement, according to a history of the D.C. Fire Department. Fortunately, there were no deaths. The battery store was located about 10 blocks from Union Station, and many of the injured firefighters had been at the train wreck earlier in the day. Fire apparatus was also damaged in the blast at the battery store.

Miraculously, there were no fatalities aboard the train or inside the terminal, which was evacuated moments before impact.
Posted by ARLINGTON FIRE JOURNAL at Tuesday, January 20, 2009 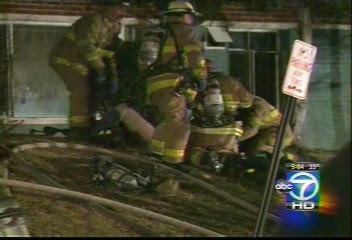 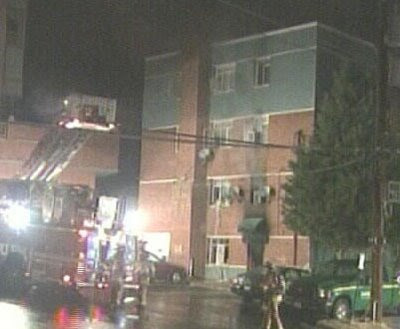 On Jan. 6, 2009, Arlington County firefighters rescued 16 people from the windows of a burning apartment building near Rosslyn. There were a number of injuries and several victims required hospitalization .

At least two others jumped, according to news reports, and witnesses said a child was dropped or passed from a window before firefighters arrived at the two-alarm blaze. Engine 103's crew carried an unconscious man from the building.
The fire, which was reported at 4:47 a.m., started in the basement storage room of the three-story building in the 1500-block of Fairfax Drive. Firefighters from Fort Myer and Fairfax County, as well as paramedics from the City of Alexandria, were also dispatched with the crews from Arlington County.
Battalion Chief Benjamin Barksdale, quoted by Channel 7, said residents ``couldn't make it down the main entrance - all the smoke from the basement had been pouring out into the stairwell. … There was no way they could have come down the stairs.''

The evening before, many of the same firefighters attended a two-alarm blaze that gutted a townhouse at 1180 North Vermont Street near Ballston.