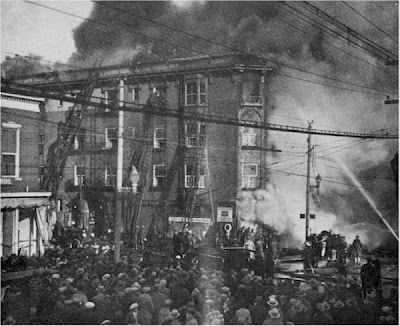 The Washington Post said: ``Alexandria experienced its worst fire in years yesterday afternoon in the destruction of the Fairfax apartments, a four-story building at King and Columbus streets in the heart of the business district.''

It's likely the Town of Potomac - a section of Arlington County later annexed by the City of Alexandria - sent mutual aid as did Jefferson District, now known as Crystal City. The District of Columbia may have sent assistance, too.

Posted by ARLINGTON FIRE JOURNAL at Wednesday, May 28, 2008