FROM THE WATCH DESK 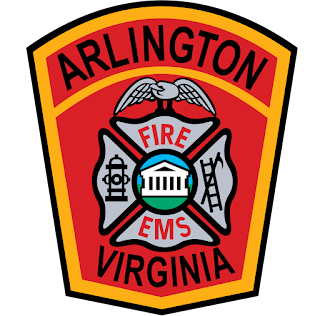 SAFETY YELLOW - Robert Groshon, during his tenure as chief of department in the 1970s, advocated the use of ``safety yellow'' for the county's fire apparatus, replacing the traditional red. Yellow it remained into the 1990s, when a white with a yellow safety stripe scheme was adopted. Today, the fleet is again red.

RESCUE 104 & 109 - ``The rescues went in service January 1997 in `single pull status' (both #4 and #9 housed a truck and a rescue staffed by a single crew - call type determined which unit the crew took to the incident). The quint units were built in 1998, and placed in service during the fall of the same year. On the same day, Quints #4 and #9 were placed in service, E104 and E109 were placed into reserve status along with T104 and T109.'' - Battalion Chief Robert Gray

THE MYSTERY OF TRUCK 71 - When Fire Station No. 1 moved to its new quarters on South Glebe Road in the early 1990s, the lettering on the station identified it as the home of both Engine 71 and Truck 71. As it turned out, a full-time Truck 71 was never placed in service, and instead a reserve ladder - AKA ``Christine'' - was briefly parked in the apparatus bay. The lettering, however, remained in place for 15 years. (The station is now home to Engine 101, Medic 101, Hazmat 101 and Battalion 111. EMS 111 moved to Station No. 9. - Thanks to Lt. Nick Salameh of Engine 101)

THE NICKEL- Retired Capt. Stan Bowen reports that the firefighters at old Station No. 5 ``helped me decide that fire and rescue work would be an exciting and noble career after my stint in the Navy.'' Back in 1965, ``The Nickel'' ran less than 300 calls annually, according to Bowen, who retired after 31+ years as a career firefighter and is also a former member of Jefferson District VFD #5. Today, Station No. 5 - Crystal City - is a busy house!

OLD TRUCK 78 - ``In the early 80's Arlington disposed of three American LaFrance tiller trucks at auction. One of the trucks sold was a combination of Truck 74's 1965 tractor and Truck 78's 1963 trailer. The rig was purchased by the Paxtonia VFD located near Harrisburg, PA. The ladder truck ran for many years as Truck 34-1 in Paxtonia before allegedly being sold to a collector in Michigan. ... Thanks to ACFD Firefighter Ralph Parsons (and Paxtonia VFD member)
Posted by ARLINGTON FIRE JOURNAL at Wednesday, February 01, 2006